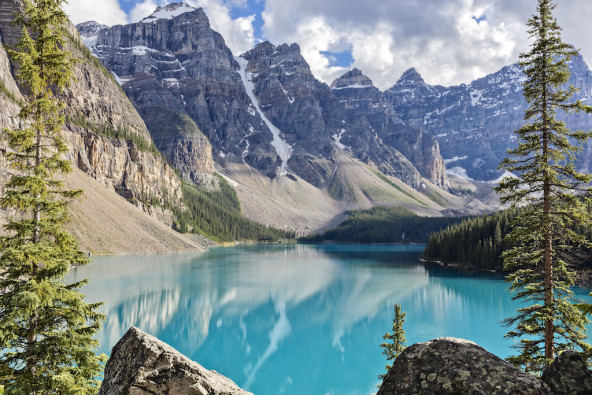 Who was the first Ahmadi in Canada?

In Canada, the first known Ahmadi to visit the country was in 1923, Mr. Karam Din.

Many more Ahmadi’s followed, many of whom came from Pakistan while facing persecution. In 1974 and again in 1984, there was a lot of persecution due to the Pakistan Government legislations, which resulted in a lot of Ahmadi’s coming to Canada. In 1966, the Community was officially registered in Canada as the “Ahmadiyya Movement in Islam (Ont) Inc.” The first missionary who was assigned to Canada was Maulana Syed Mansoor Bashir Sahib.

At first, members were scattered in large distances. They would rent spaces like schools and community halls and come together. However, soon as the community was growing, they purchased a 25 acre plot of land, in the northern suburbs of Toronto. It was the central mission house for the community. On this land, Baitul Islam Mosque, was built, the first Ahmadi mosque in Canada. The fourth Caliph, Mirza Tahir Ahmad (rh), had inaugurated the mosque. In the late 1990’s, the farmlands that surrounded the mission house and the mosque, soon started to become residential. As builders started building houses on the 50 acre adjacent property, Ahmadi’s living in the greater Toronto area and other places in Canada found this as a great opportunity to reside, with the mosque at a walking distance. This soon became known as “Peace Village.”

Who is the Ahmadiyya Muslim Community?

The Ahmadiyya Muslim Community is one of the 73 sect’s of Islam. They believe in the Promised Messiah, Mirza Ghulam Ahmad (as) of Qadian, who founded this community in 1889, which now has members in over 200 countries, totalling an estimated 20 million. Their appointed leader is in succession to the Messiah. The current head of the Ahmadiyya Muslim Community is His Holiness, Mirza Masroor Ahmad (aba), the fifth successor of the Promised Messiah (as).

The Ahmadiyya sect highlights the true teachings of Islam: peace, love, and justice.

Who was Mirza Ghulam Ahmad (as)?

As the Messiah who’s advent Prophet Muhammad (saw) foretold, Mirza Ghulam Ahmad(as) claimed to be the metaphorical second coming of Jesus (as) and Mahdi. He preached Islam’s true teachings, and the Ahmadiyya Muslim Community believes that he was sent by God to END religious wars, condemn bloodshed, and RE-ESTABLISH morality, justice, and peace.

This community is also one of the leading communities who condone terrorism. Mirza Ghulam Ahmad (as), had declared that there is no place for “jihad by the sword” in Islam. Rather he taught all Ahmadi’s to follow the teachings of the Quran and Muhammad’s (saw) teachings of defending Islam through bloodless means, “jihad of the pen.”

Mirza Ghulam Ahmad (as)had reiterated that God will safeguard Muslims though Khilafat, the spiritual institution of successorship to prophethood. The Ahmadiyya Muslim Community strongly believes that through Islamic Khilafat, humanity can be united. After Mirza Ghulam Ahmad’s (as) demise, five khalifas have followed, with Hazrat Mirza Masroor Ahmad (aba) as the present leader of the community. 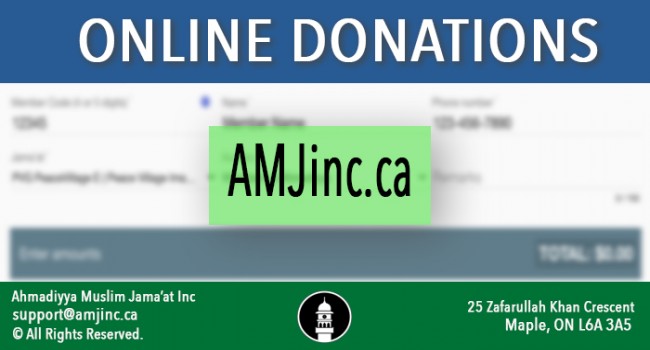 AMJ Inc has started a new service of accepting donations online. Members can now pay their chanda at: 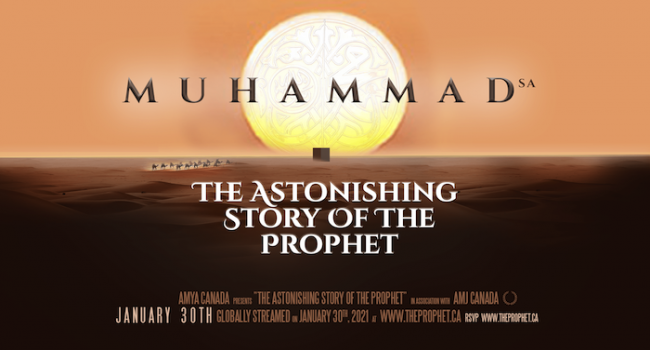 Muhammad - The Astonishing Story of the Prophet

“The Astonishing Story of the Prophet”, a global phenomenon that tells the life, legacy and story of the founder of Islam, one of the most fundamental chapters in the history of the world. 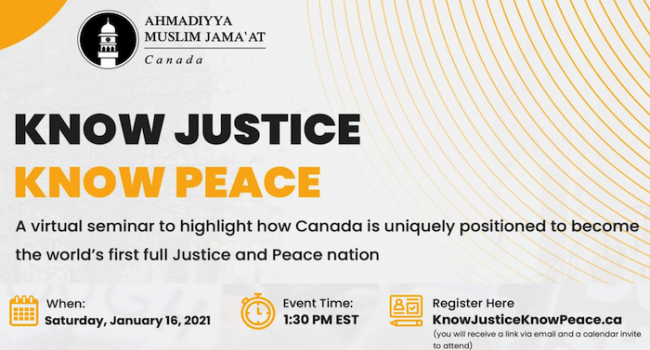 A virtual seminar to highlight how Canada is uniquely poistioned to become the world's first full Justice and Peace nation.