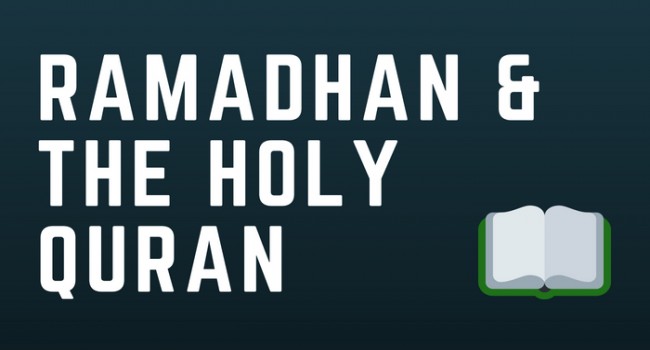 Ramadan and The Holy Quran

He left this world behind, along with his loved ones, went to the Cave of Hira to immerse himself in the remembrance of Allah. He thought that turning away from the world would enable him to perform the duty that he was created for. It was in this state of solitude, isolation and meditation that the month of Ramadan dawned upon him.

It is known, from authentic traditions, that it was the twenty-fourth of this blessed month when the Creator, the Mentor, the Teacher and the Loving God of this man, who had confined himself in a cave, commanded him to go back to the world and lead it to the right path. Allah said to him that instead of seeking Him in caves, he should find Him in the hustle and bustle of the streets of Mecca. He was ordered to tell the people of Mecca that Allah had not created them from a lowly state and then evolved them to a higher one merely to eat, drink and die, without being held accountable for any actions.

The Holy Prophetsa was perplexed to hear this voice. He looked at Gabriel in astonishment and said, “I do not know how to read!” meaning that he found it strange; Would it suit me to say such words before the people of Mecca? Would they even listen and accept? But Allah the Almighty repeatedly commanded him to read. It was in obedience to this commandment that the Holy Prophetsa gave up his solitude and appeared before the world…

At another point, Allah says,

Ramadan is therefore a month of immense importance. Anyone who values their faith in Islam begins to feel a special motivation in their heart and a thrill in their body.

So many centuries have fallen between us and the Holy Prophetsa and so many years continue to pass. Every passing day separates us from his time but with the coming of Ramadan, it feels like this month has wrapped up all this span of centuries, bringing us closer to the Holy Prophetsa. In fact, not only the Holy Prophetsa, but since the Quran has been revealed by Allah the Almighty, it feels that Ramadan has shrunken this vast span of time and brought us closer to God. The distance that exists between man and God, between the Creator and His creation, between a frail being and the Creator of the whole Universe all contracts and vanishes, just like the rays of the sun eliminate the darkness of the night. This is the state that Allah refers to when He says:

meaning that when, in the month of Ramadan, My creation enquires about how to find Me, tell them that Ramadan and God are not two different things. It was this month that God appeared before his servants with the desire to attract His servants towards Himself. 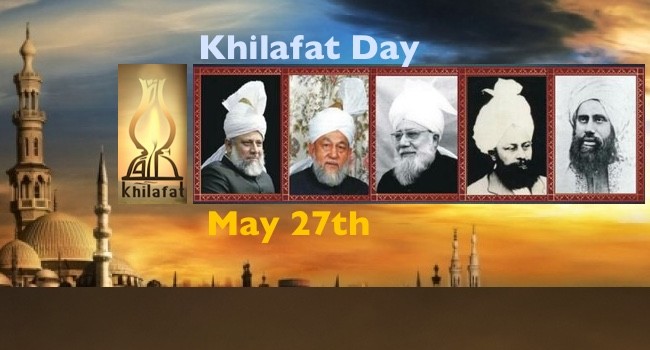 Insha'Allah Canadians will be offering 'Idul Fitr prayers on Sunday May 24, 2020 across Canada. Keeping in view the physical distancing restrictions, for the first time in Canada, the `Id prayer will be offered in homes rather than in Mosques across the country.

For the benefit of members, they can get information on how to offer `Id prayer here.

Syedna Hazrat Khalifatul-Masih V (may Allah be his Helper!) will deliver his `Id sermon live from Islamabad, Tilford, UK on MTA

In his recent Friday sermon, Huzoor Anwar (aa) also mentioned that Ahmadis should be careful to observe all government guidelines even, after the easing of restrictions. Therefore, on the eve of `Idul Fitr, whereas it maybe very tempting to get together with family members, relatives, and friends, however, due to the risk of the spread of the Coronavirus, local authorities have laid down various restrictions for keeping us and other Canadians safe. We will continue to observe these guidelines diligently. 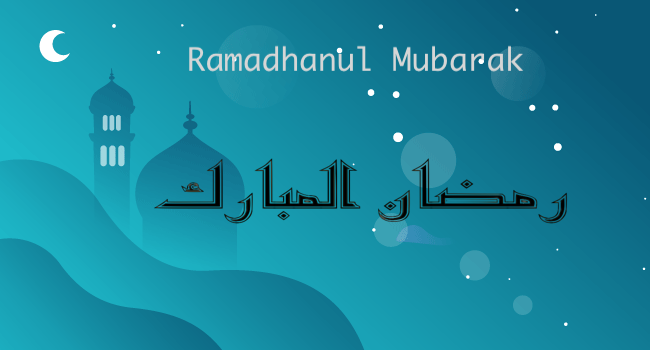 The holy month of Ramadhan is starting on Saturday, April 25th, 2020 which will be the first day of fasting.